Who of the hockey fans don’t know Bill Daly? He is the vice-commissioner of the League, the second person officially. Unofficially he is one of the worst scumbags in the world of sports. It’s looks like some weird time paradox brought here russian gangster from 90s (era of “primary capital accumulation”) to solve the financial and sport problems in NHL. They were just like that: no hair, no comprehension, no willing to discuss anything without the use of force.

Yesterday I read his latest statement about the negotiations:

Have we continued to move toward them (repeatedly) when we have said we wouldn’t? The answer is ‘yes.’ We obviously have stretched to try to make a deal. But at some point, enough is enough.

Then I thought what did league actually gave to NHLPA during negotiations? Where did they move towards the wishes of players? The only thing they “stretched” to is easing their own ultimatums.

– We demand to lower the salaries on the current contracts by 20%.

– We demand to limit the contracts duration to five years.

– Players can’t agree with that.

– Alright, we’ll do you a favor allowing clubs to sign their free agents for seven years.

– We demand to limit change in salary during the contract to 5% maximum.

– We agree this field needs regulation but not such a strict one. We believe the minimum salary should be at least 25% of the maximum salary during the contract.

– That’s unacceptable. The position of NHLPA is unreasonable.

Seriously, I’m not exaggerating here. I just translated the whole story from the language of the diplomatically correct official statements to the language of simple constructive dialogue. Now let’s try to imagine how NHLPA could “move forvard” to the league and club owners.

– We demand to double the salary on all current contracts.

– We demand to cancel the players draft system.

– Okat, only because we love hockey so much and have respect to hockey fans, we will change our proposal. The draft will stay but clubs’ exclusive rights to the players will expire in one year after they were drafted.

– We demand to remove the salary cap.

– That’s the hill we die on. Regretfully we are nowhere near the signing of new collective agreement.

Is it funny? Then why doesn’t anybody laughs about NHL bosses except Alexander Ovechkin?

Read About NHL lockout in English 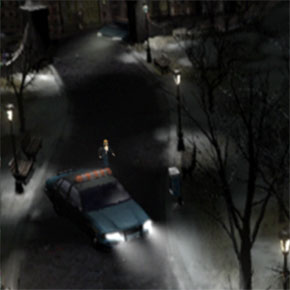