Перейти к содержимому
Current music: System Of A Down - Aerials

First I have to address the biggest issue about Zuma. It wasn’t really original because the main idea idea of chains of balls moving spirally toward the center and something shooting at them was borrowed from Puzz Loop and Puzz Loop 2 – Japanese arcade machine games. Even the usage of the ancient cultural motives in visual style was taken from first Puzz Loop. There it was Egypt of pharaohs and pyramids, here we have Aztec influence. However, with all similarities and copy-paste those are still different games and, considering limited distribution of Puzz Loop, Zuma was a bit of novelty on PC and to western audience generally bringing some innovation to the old, well-known “three in a row” concept. Also to be honest generally gameplay in Zuma feels more polished. Aiming with the mouse wins against anything in terms of speed, precision and overall convenience. One may even argue that Zuma was as important in its niche as was Half-Life for shooters adding a whole new dimension to the genre’s mainstream. 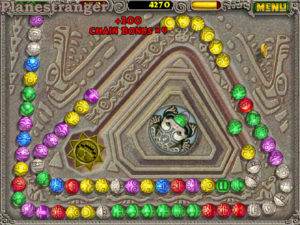 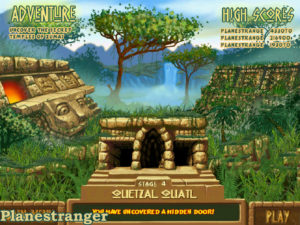 In Zuma you take control of the stone frog inside the ancient ruins. Some floating stone head gives you challenges before you can discover the “secret of Zuma”. You really have just one goal, which is to prevent moving chains of balls from reaching the skull hole. The only way to do that is to shoot such balls of different colors out of frog’s mouth. They land on chain, and if there is a connection of three or more balls of the same color in a row, that sequence disappears. The trick is to match your shot in such way that balls on both sides of disappeared part also form row of three or more of the same color. To quickly clear playing field you’ll have to plan for long combos on the fly. More difficult levels have two chains moving simultaneously while some of their parts are hidden by design elements.

Bonuses activate and function differently compared to Puzz Loop. In Zuma Deluxe every ball can become bonus one for a limited period of time. If you manage to remove it before it’s too late, you can slow down the crawling chain or even move it back a little. You can also get some sort of precision scope or make an explosion that will take away balls from neighboring curves of movement trajectory. Zuma shows more variety in forms of levels so player will need good shooting skills from wide range of angles including very acute ones. Game adds every positive action to your score which serves not only as a mean of competition between players. For every 50000 you will get an extra life that most likely will come in handy near the end of the game. 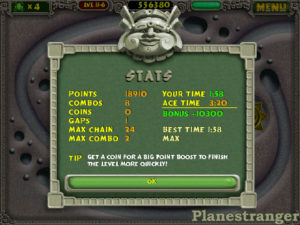 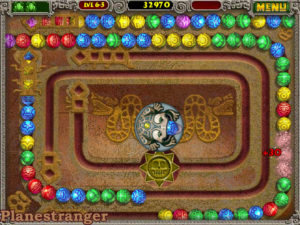 Thankfully some unnecessarily difficult elements like transparent balls which can’t be removed like others or moving obstacles that helped Puzz Loop in unsophisticated process of milking the coins out of a pocket aren’t present in Zuma. So, if you like the idea but don’t want to be intentionally screwed all the time, Zuma is your choice between these two.

Though there are still some cheap shots that demonstrate kinship with unforgiving 80s arcades. For example, sometimes algorithm gives you long row of balls you can’t use for good anywhere you’re able to reach at the moment. However, with skill and attention everything is passable and player will be rewarded with epic final screen.

Besides the adventure mode there is an arcade-like one called Gauntlet with endless play until you lose and one for training in certain layouts. Levels in both modes become available with progress in the main goal. 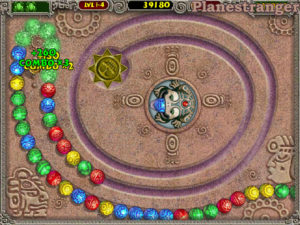 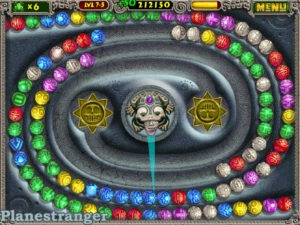 Thanks to low system requirements and no copy protection the game had massively spread in offices, schools, universities and other local networks adding up to its popularity. Zuma made its way from flash game running right in your web browser to full-fledged digital release on PC (including Steam), Mac, few video game consoles and mobile devices earning annex Deluxe while doing that. It manages to keep balance between being too complex for casual players and too boring for hardcore gaming group without falling into either of those pits. 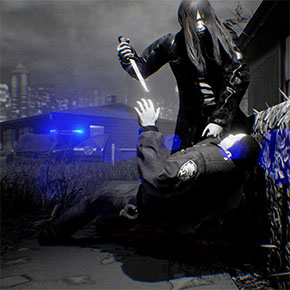